Perhaps one of the biggest challenges for an animal rights group is trying to get the general public to care about fish. It seems that for all our self-professed higher intelligence, we don’t have much imagination when it comes to contemplating the experience of animals who look very different from us.

Science is increasingly revealing that fish are intelligent, emotional beings, and has proven that fish feel pain, yet they are rarely protected by animal welfare legislation. — In Defense of Animals 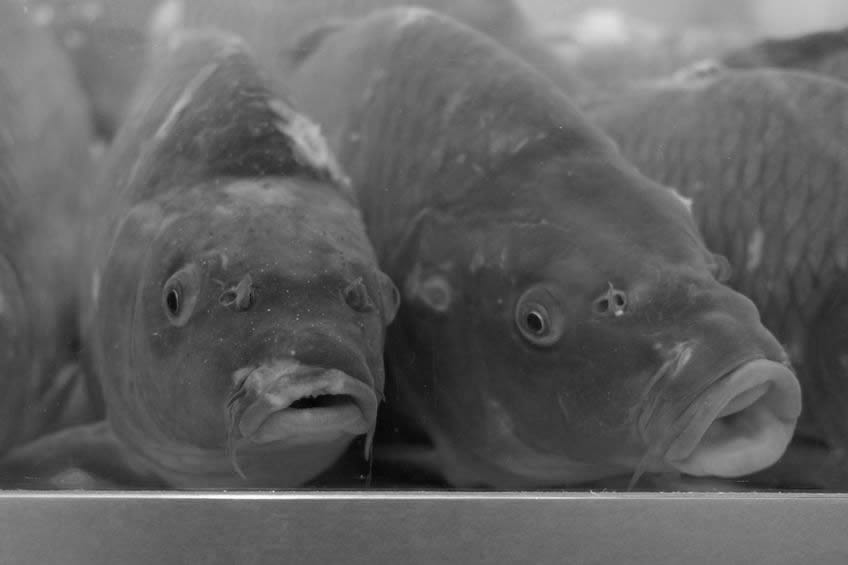 Our feelings toward fish are often established early on, when we are children. Fishing is a popular activity to do with children. If as a child you were taken fishing and expressed concern for the fish, an adult might have told you not to worry, “fish don’t feel pain.”

Consider that until as recently as the 1980s, it was widely believed within the medical community that newborn babies also did not feel pain. Observing that babies did not react to stimuli the same way adults did, doctors theorized that newborns were primitive organisms, oblivious to pain. Physicians routinely performed major operations on newborns using muscle relaxers to keep them still but little or no anesthesia.

The same false beliefs about non-existent pain also prevailed in veterinary medicine. As recently as a few decades ago, veterinary students were taught that animals do not really feel pain. Again, the theory was based on observation alone. Since animals don’t always show outward signs of illness or injury (perhaps because of an evolutionary need not to appear weak), veterinarians concluded that their animal patients were not experiencing pain.

We now know that newborn babies and pets do feel pain. Let’s hope it won’t be long before we can look back on the present day and say, “Can you believe there was a time when people didn’t think fish felt pain?”

Fish Farming Is on the Rise 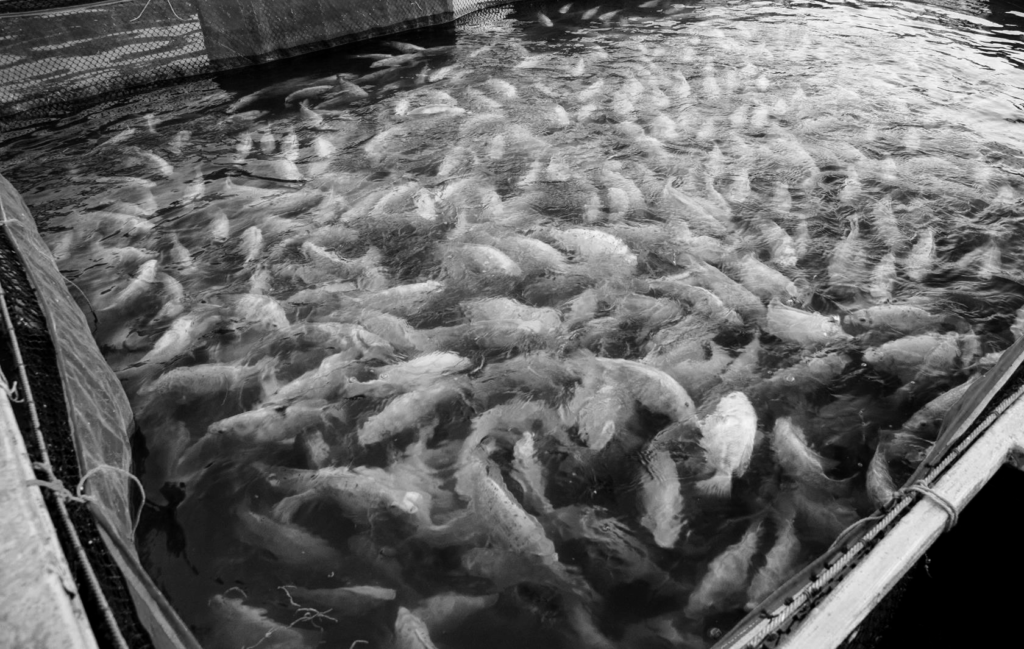 Imagine living your entire life stuck in a crowded elevator.
This is the experience of the farmed fish.

As we continue to deplete natural fish stocks through over-fishing, the industry is increasingly moving toward fish farming — also called “aquaculture.”

The same practices used on factory farms where chickens, pigs, and other land animals are raised have been put into operation on fish farms. These include:

What You Can Do

The New Hampshire Department of Fish and Game operates six state fish hatcheries for the purpose of raising and releasing fish into New Hampshire lakes, rivers, and streams.

Fish hatcheries are similar to fish farms, except that fish bred in hatcheries are released into natural water bodies, rather than sold for immediate consumption. This “fish stocking” is done both to restore waning fish populations and to make sure that anglers, who pay for fishing licenses, have enough fish to catch.

Trout and salmon are reared in the six state-run hatcheries and then released as hatchlings (2 to 2.5 inches in length ) into 350 lakes and ponds and 1,500 miles of rivers and streams.

An unfortunate side effect of mass producing fish in close quarters is that a significant amount of fish excrement, uneaten fish food, dead and decaying fish, and other waste accumulates and must be dealt with.

The Powder Mill Fish Hatchery, which is operated by the NH Department of Fish and Game,  discharges its wastewater into the Merrymeeting River, which flows into Lake Winnipesaukee.

For many years the system in place to filter wastewater from the hatchery worked adequately. Whatever waste still managed to make its way into the Merrymeeting River was recycled through natural processes.

Then around 2015, residents along the river began noticing harmful algae blooms. It seems the river was no longer able to keep up with the amount of phosphorus originating from the Powder Mill Fish Hatchery. A lawsuit was brought against the NH Department of Fish and Game and is ongoing. (Photo credit: Conservation Law Foundation) 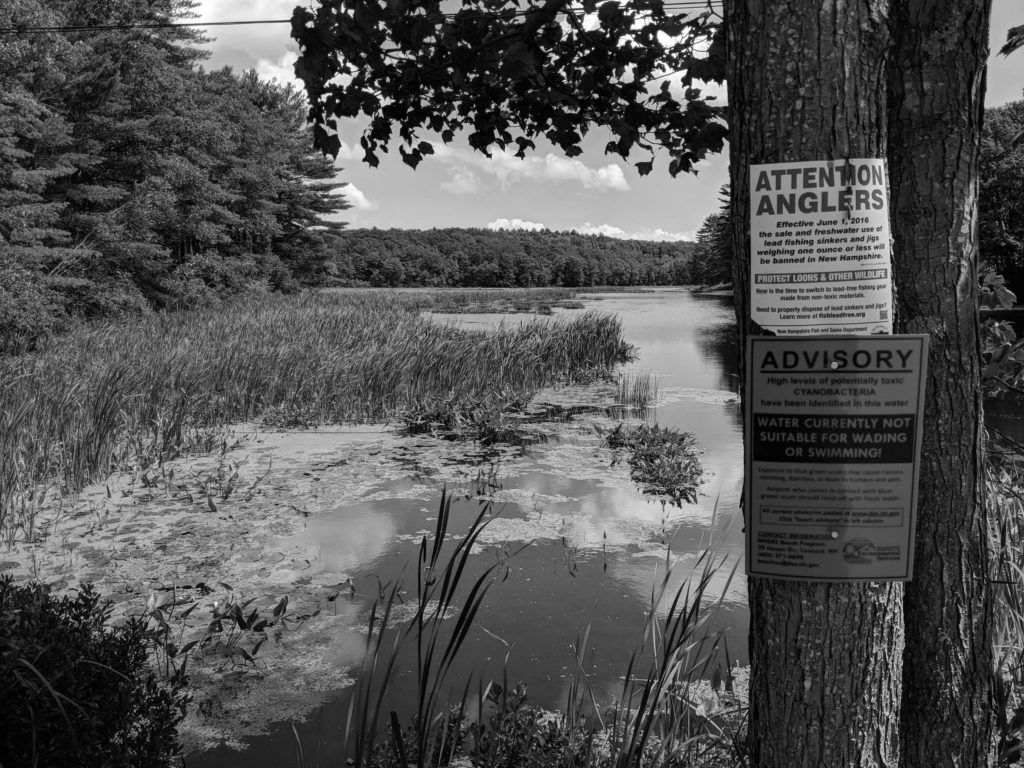 Believe it or not, private parties can also obtain permits from the New Hampshire Fish and Game Department to stock natural water bodies with fish. The typical reason a private party would want to add more fish is if a resort, fishing club, or other entity planned to host a large-group outing or fishing tournament.

To attract a female mate, the Japanese puffer fish works non-stop for an entire week to create an irresistible masterpiece in the sand.

NHARL is a non-profit, public charity registered with the State of New Hampshire. We are a tax-exempt 501(c)(3) humane organization.

Send a free “Compassion Pack” to share the truth about how animals raised for food are treated.